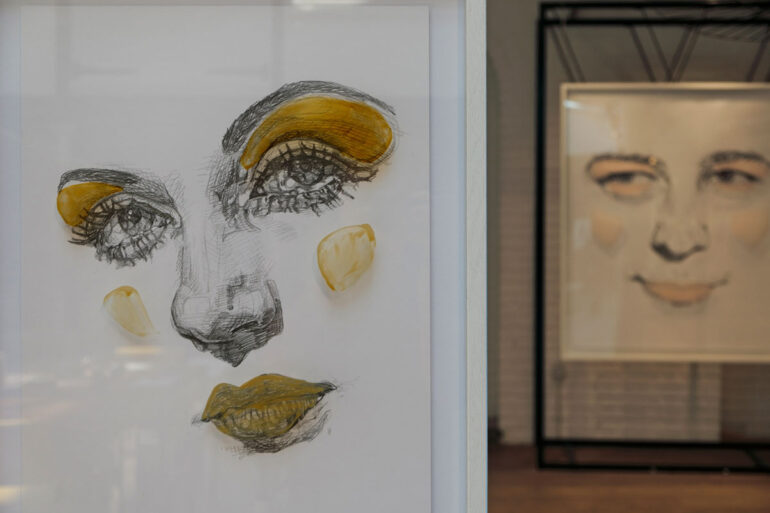 The recent exhibition showcases actors and actresses from the golden age. An overview, written by Lily “The exhibition is made up of 21 figurative surrealist 3D works; vignettes of faces of actors and actresses from the golden age of cinema from the 20’s to the 50’s. It was the first time that perfection and the projection of an ideal had been manufactured and produced for mass consumption, of a decidedly middle American Presbyterian flavour. Actors would sign contracts with studios for anything up to 20 years and would lose their identities in doing so; signing away the rights to their names, pasts, faces and public image and fragile, fallible humanity in return for being recreated as icons to be close enough to worshipped by an audience which demanded their deities stayed their idea of ideal. The natural progression of this is our relationship with our own image as projected through social media. The colours are makeup pigments in oil medium painted on the inside of the glass so the two layers are separate but in conversation through the shadows thrown.

I felt so strongly about including men in the visual narrative of the show. When someone wears armour it’s a show of strength, but it’s also a signifier of vulnerability and weakness. It’s the difference in stigma between these two. Vulnerability as a feminine attribute demands protecting and safeguarding and controlling, whereas weakness is ascribed as a failing of strength and a derivation of the masculine. Why? Why when a woman wears makeup is it attractive and normative but a man wearing make-up is to be ridiculed or vilified, or at the very least the eye picks out as anomalous. Questions of adulthood, and what that means, the projection of self and its reception”. 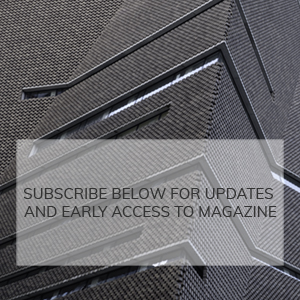 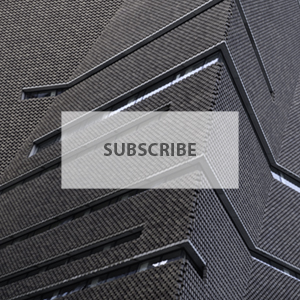 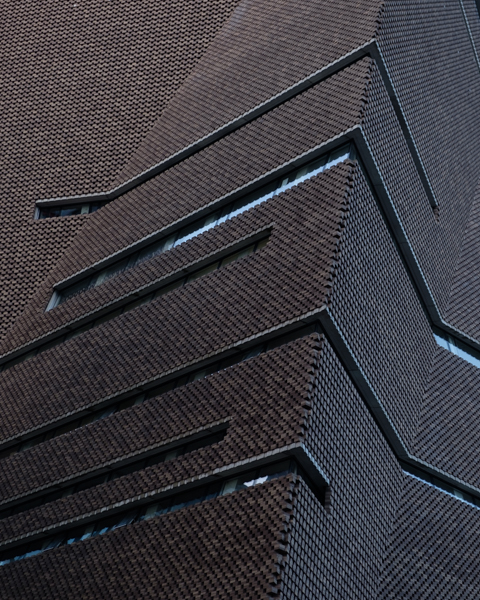